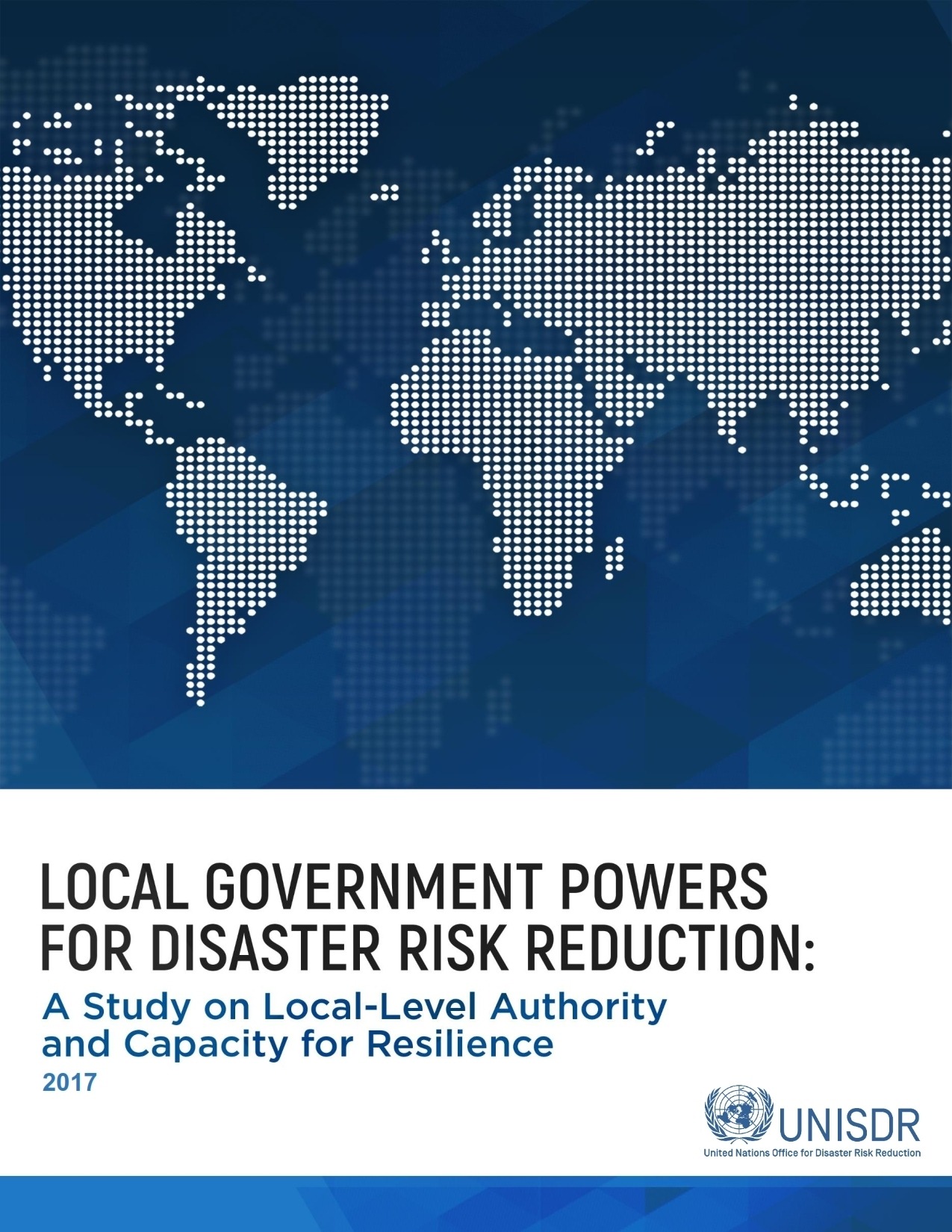 A Study on Local-Level Authority and Capacity for Resilience

In many instances, local governments lack financial and/or technical capacities to undertake disaster risk reduction and resilience building actions and vested authority may be limited in accordance with existing laws and institutional set-up. As the important role of local governments in disaster risk reduction is recognised, it is timely and important to seriously consider their powers (authorities and capacities) and responsibilities to address the problems of this new urban era.

A baseline study, to identify the type of authorities and capacities that local governments possess to undertake actions for DRR and making cities resilient, was done by the United Nations Office for Disaster Risk Reduction (UNDRR) in partnership with the Center for Urban Disaster Risk Reduction and Resilience (CUDRR+R). This report is the first attempt to develop some form of benchmarks with respect to Ten Essentials promoted by the Making Cities Resilient Campaign. It is based on a stocktaking research of the collaborating partners and Campaign cities all over the world. It enables DRR practitioners in both developing and industrialised countries to understand the current situation and compare how well their provinces, districts, cities, municipalities, and townships are doing in terms of becoming more resilient in the face of mounting impacts of disasters and climate change.