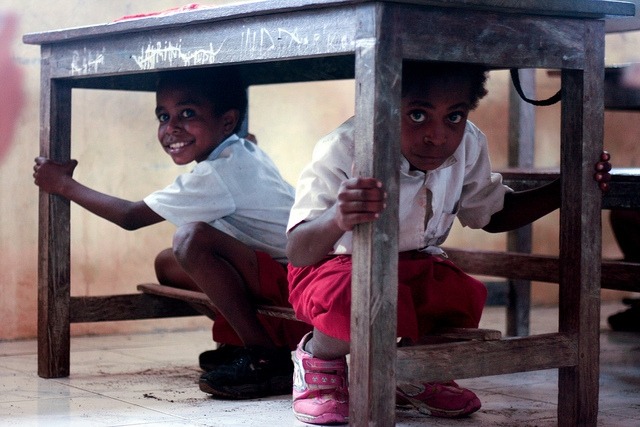 "Ensure understanding and strengthening of societal capacity for resilience. Cultivate an environment for social connectedness which promotes a culture of mutual help through recognition of the role of cultural heritage and education in disaster risk reduction."

As citizens are to take part in the collective effort of creating resilient cities, education, training and public awareness programs are critical (they must also be incorporated into all Ten Essentials). The entire community must know about the hazards and risks to which they are exposed so that they are able to prepare and take measures to cope with potential disasters. Education and capacity building programs are also the key for mobilizing citizens’ and community’s participation in the city disaster management strategies, for example improving community’s preparedness and response to local early warnings. Social ‘connectedness’ and a culture of mutual help therefore has a beneficial outcome on the impact of disasters of any given magnitude.

As early as kindergarten, schools in Japan are educating children about how to detect and react in disaster situations, conducting regular drills and ‘disaster watches’. This long-time investment undoubtedly saved many lives in the March 2011 Great East Japan earthquake and tsunami. In 2004, Saijo City, Japan was hit by record typhoons that caused ﬂooding in urban areas and landslides in the mountains. Saijo City’s aging population represents a particular problem. Young able-bodied people are very important to community systems of mutual aid and emergency preparedness. As young people move away to bigger cities, the population of smaller towns in Japan grows older than the already imbalanced national average. Small cities like Saijo City are also often spread over a mix of geographic terrains – an urban plain, semi-rural and isolated villages on hills and mountains or along the coast. To meet these challenges, the Saijo City government began a risk-awareness programme, targeting school children. Focusing on the city’s physical environment, the ‘mountain-watching’ and ‘town-watching’ project takes 12-year-olds on risk education ﬁeld trips. Young urban dwellers meet with the elderly to learn together about the risks facing Saijo City faces and to remember the lessons of the 2004 typhoons. A ‘mountain- and town-watching’ handbook has been developed, and a teachers’ association for disaster education and a children’s disaster prevention club have been set up.
For more information: http://www.unisdr.org/we/inform/publications/13627 (page 29)

In Nepal, 15th January marks the anniversary of the great Nepal earthquake of 1934. In Kathmandu, political leaders and prominent personalities commemorate the event with activities such as street parades, shake table demonstrations, exhibitions on safe construction, street drama, interactive seminars, posters, art and other competitions and presentations for children. Earthquake simulation drills are the highlight of the observance, with wide public participation and media coverage. The national and city governments have a strong sense of ownership of and leadership in the event.
Japan observes Disaster Safety Day each year on 1st September, the anniversary of the great Kanto earthquake of 1923. Each year, many students visit the Earthquake Memorial Museum in Kobe , built on the experience of the Great Hanshin-Awaji Earthquake of 18 January 1995.
China has established 12th May as its National Disaster Safety Day, commemorating the Wenchuan earthquake of 2008. The cities of Ratnapura, Sri Lanka and Dagupan, Philippines also observe disaster safety days on anniversaries of local historic events.
For more information on how cities and others celebrate the International Day for Disaster reduction, see: www.unisdr.org/iddr

Tools and Resources
Back