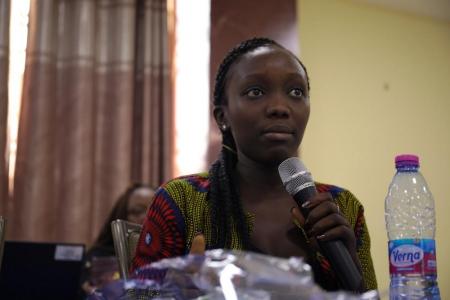 ACCRA, 17 December, 2019 - Young Gambian TV reporter and presenter, Jainaba Sonku, is one of a growing number of African journalists engaging in the struggle to reduce disaster risk and disaster losses across the continent.

She vowed to use her influential show Youth Dialogue on the country’s private channel QTV,  “to bring the young people of Gambia into the fight for a transition for disaster response to disaster risk reduction” following her participation in a two-day workshop in Accra, Ghana, targeting journalists and representatives from DRR national platforms.

The Sendai Framework for Disaster Risk Reduction, the global blueprint for reducing risk and disaster losses, was at the heart of the discussions.

Adair Ackley, UNDRR External Relations Officer, noted that “while the primary responsibility falls on governments, the Sendai Framework also recognizes the importance of other stakeholders such as the media. As DRR is everybody’s business”

According to the ECOWAS commission, cross-border flooding and droughts remain the most severe hazards in the region. In 2010, during the worst flooding experienced in the region in over 50 years, close to 200 people died. Hundreds of others have died in different flooding events across the region since then, and in 2017, over one thousand people died in Sierra Leone in a massive landslide.

ECOWAS has been making efforts to improve its technical capacity to support countries in better understanding of risk and integrating DRR in national development planning but engaging vulnerable communities remains a challenge.

Over the two days, journalists and government agency representatives had a chance to work together on tasks that built on their isolated and collective duties.

Ms. Sabiatu Bakarr, research officer in the disaster management department, Office of National Security of Sierra Leone, said: “It is like an open space and we have the freedom to agree and disagree on opinion and issues without the fear of being misquoted or misunderstood. And they (journalists) are giving us an understanding of what they look for in terms of messaging and how government can communicate more clearly, and now we have a clear picture of the news cycle. But they also now appreciate our challenges and how we work and the way in which we structure information flow.”

According to Edward Wanyonyi, DIRAJ Chairperson, inspiring and shaping how journalists and representatives of National DRR authorities engage leads to better preparedness and community empowerment.

“If after the training, every participant can do something and do so consistently, then we sure will make progress,” he said.

Arthur Obayuwana the Communications Officer, ECOWAS Commission, said that ECOWAS is supporting national authorities to have special desks for media engagement to coordinate better flow of information and training.

Participants proposed to ECOWAS, UNDRR and DIRAJ to support the formation of an ECOWAS regional network on reporting DRR issues.  There were 29 participants including journalists, editors, and government representative from The Gambia, Ghana, Liberia, Nigeria, and Sierra Leone. 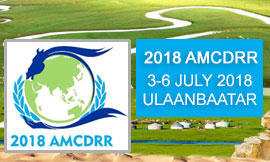 The Disaster Risk Reduction (DRR) report provides a snapshot of the latest DRR progress Pakistan has achieved under the ...

View all publications
Tweets by @undrr