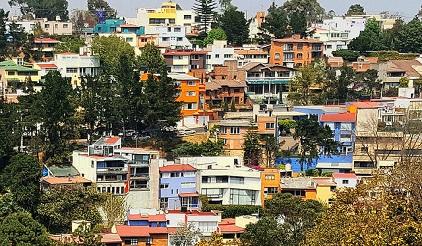 Mexico City, 18 April 2017 - Five years after the devastating 1985 quake, which killed more than 10,000 people, Mexico equipped itself with one of the world’s most effective early warning systems for earthquakes.

SASMEX: the Seismic Alert System of Mexico comprises more than 8200 seismic sensors located in the most active earthquake zone that runs between Jalisco, Michoacán, Guerrero, Oaxaca and Mexico City. An essential part of the system, the sensors detect the first earth tremors and SASMEX calculates the intensity of the earthquake. If the estimated magnitude of the tremor is greater than 5.5 on the Richter scale, warning notifications are immediately sent out to state and local officials and emergency focal points in all areas at risk. Mass warnings are then issued through sirens, AM and FM radios, and television broadcasts, so populations and communities at risk have time to prepare and save their lives.

“The system is very efficient and has already contributed to saving many lives. In April 2014, an earthquake of magnitude 7.2 hit the west coast of Mexico close to Acapulco. A warning was issued in less than 10 seconds to seven main Mexican cities at risk and no death was reported,” said Mr. Luis Felipe Puente, Head of Mexico’s Civil Protection.

Mexico is prone to earthquakes as the country is located along the ‘Ring of Fire’, a zone along the Pacific Basin which sees approximately 90% of the world's earthquakes. The capital, Mexico City is even more at risk due to its geology and dense urban population.

It sits in a high mountain valley, in the basin of what was once a large lake, transformed by the Aztecs into a system of artificial islands and Tenochtitlán, the ancient capital city. Today, the lake has been completely drained and much of the capital, particularly the oldest central neighbourhood, rests on loose sediment prone to shifting and shaking and very much at risk in the case of an earthquake.

Apart from upgrading its early warning system, Mexico has also invested massively in reinforcing and making its main infrastructures seismically sound. Most of its critical buildings such as hospitals now comply with the 2004 revised building codes for Mexico City and have been reinforced with concrete and steel to avoid collapsing should an earthquake hit.

Several of the skyscrapers along the famous Reforma Avenue are now well-equipped with seismic dampers. The Torre Mayor boasts 98 giant seismic dampers which, in theory, will be able to compensate for the movement of a high magnitude earthquake. Other seismic-resistant buildings such as the Torre Latino America, the World Trade Center and the Pemex tower, can also resist earthquakes that exceed 8.0 magnitude on the Richter scale.

“The country has made huge investments to retrofit its main critical infrastructure and enforce the new building codes to protect its schools, hospitals and housing with higher safety standards but compliance to the building codes is still an issue as non-engineered construction is common in Mexico and a large percentage of the building stock is still built without construction permits and done without the participation of qualified professionals,“ said Mr. Puente. Non-engineered types of construction are estimated to account for 40% of Mexico City's building stock.

The Mexican government has also taken many steps to increase preparedness. It now runs frequent earthquake simulations led by the National Center for Prevention (CENAPRED), and has established programmes such as the "Seismic Alert System from the Center for Seismic Instrumentation and Register (CIRES)".

The Global Platform for Disaster Risk Reduction taking place in Cancun, Mexico in May 2017 will address the issue of resilient infrastructure worldwide as a key action to the achievement of the Sendai Framework for Disaster Risk Reduction, adopted in Japan in 2015. The Sendai Framework has set 2030 as the main deadline to make cities and countries more resilient to disasters. 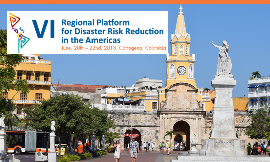 The Disaster Risk Reduction (DRR) report provides a snapshot of the latest DRR progress Cambodia has achieved under the ...

View all publications
Tweets by @undrr